Dogs on trains in Auckland 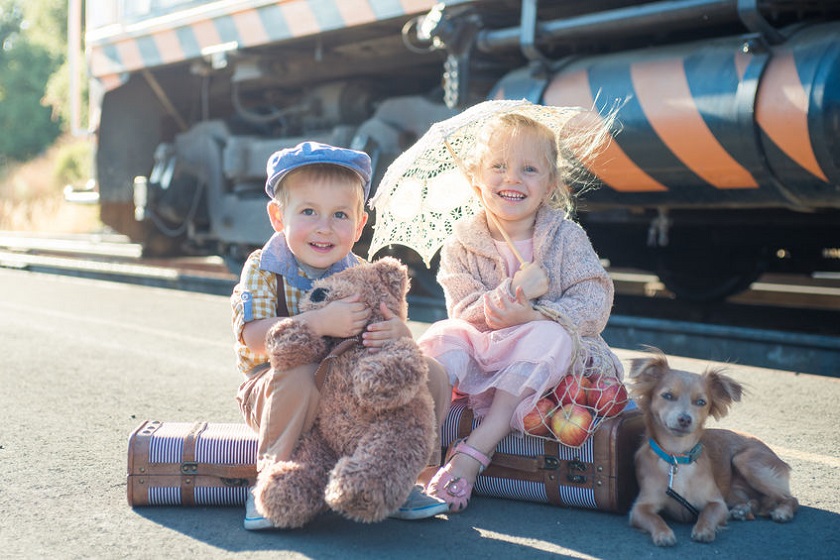 We’re looking at some of the steps being taken towards making Auckland a more dog-friendly city where pooches are integrated into the everyday lives of its people.

We’ve written a couple of blogs lately upon a dog’s life in Auckland. We wrote about how the Auckland cafe scene is adapting to the growing pooch population and we put together a list of some dog-friendly cafes in Auckland. We did end that blog with a wee proviso that even though we’d love to, we won’t be able to take your dog to one of Auckland’s dog-friendly cafes when they stay with us at our boarding kennels, but that they would get so pampered they’d still feel like they’re one of the best-loved dogs in Auckland.

We also wrote on how the leash had been loosened for Auckland dogs and that the hours and months of the year dogs could access the majority of Auckland parks and beaches had been extended. Again, we apologised in that blog, because although we’d reaaly like to, we won’t be able to take your dog out beach hopping when they are boarding with us or at our doggie day care.

Dogs of all sizes now allowed on trains in Auckland

Now we’re happy to report that following two trials and a survey of train customers, pets are allowed to travel on Auckland’s trains: another fantastic step towards making Auckland a more dog-friendly city.

According to Auckland Council’s policy document, their aim is to keep dogs as a positive part Aucklanders’ lives. Allowing dogs on Auckland trains, “is another step in making public transport more accessible. There are many Aucklanders who may not have access to a vehicle to take their pet to the vet or to explore our city, this will potentially benefit both the owners and the pets.” Councillor Cathy Casey has been the main advocate for dogs on trains in Auckland and she is delighted at the rule change.

Auckland dogs will now be able to join their owners on the train for days out and to complete errands, without needing a car, like they are in many European cities.

Aucklanders want dogs to be a positive part of our lives, but obviously with train travel comes enforcement of responsible dog ownership. So, here are the pets on train rules:

The move follows Greater Wellington Regional Council’s decision in March, 2020, to let its residents bring their pets on buses and trains. Apparently, Wellingtonians have really enjoyed being able to take their fur companions on public transport and pet owners have been very supportive of the protocols that have been put in place to allow this to happen. Here’s hoping Auckland pet owners are similarly responsible.

Call on 092997415 to ask about daycare or boarding for your dog. You won’t be able to travel by train with your dog to get here, but Auckland Kennel & Cattery is conveniently located in Ardmore, just off the Southern Motorway (corner of Heard Road and Clevedon-Papakura Road) and we cater for dogs of all ages and sizes.